Over 20 Years of Experience 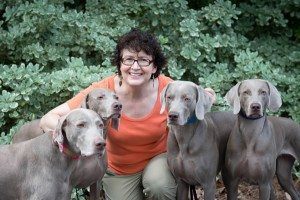 In 1993 she graduated from Albany Law School and relocated to Charleston, South Carolina. She has been licensed to practice law since 1994 and has been actively engaged in practice since that time. Mary Ann began her career as a solo practitioner and resumed solo practice upon leaving the law firm of Rosen, Rosen & Hagood. In 2016 she and Jessica L. Means joined their respective practices to form Hall & Means, LLC.

An Active Member of the Community

Mary Ann devotes considerable time to pro-bono activities. She is current Chair of the Board at Origin, Inc., a non-profit which works on both housing and mental health issues. She is also a Board member of MUSC’s IACUC committee, reviewing research protocols which utilize animals as research models. In her leisure time, she breeds, trains and shows Weimaraners in quail hunting, retrieving, tracking, obedience and conformation events. She is an American Kennel Club Hunt Test Judge for Pointing Breeds and an owner of Hallmar Weimaraners.

Fill out our form or call: